This was meant to be a positive blog day about what a wonderful Mother’s Day I’d had sipping afternoon tea, and tucking into finger sandwiches, cakes and scones with my mum and my mini-mes. A day I had so looked forward to.

My first mistake (20 minutes after the above picture was photographed) was going to a major sports shop…which shall remain nameless, but I’m sure you’ll know the one when I mention zero-hours contracts. No wonder the staff look happy.

I should have turned back when I got chest discomfort and breathlessness walking up the stairs. Instead, I stopped a couple of times til I reached the top, now with beads of sweat forming on my face and neck, and in typical understated Paz-style, threw off my fox fur coat (which is vintage and was my gran’s before you recoil in horror), administered my GTN spray and laid down flat on the floor…which thankfully looked relatively clean. Total drama…though no-one batted an eyelid. I didn’t even frighten my kids who kept bringing over gear in my size which they thought I’d “look good in” at my rehab classes.

After half-an-hour or so it passed and I eventually made it back home. I went for a rest on the bed before it annoyingly and frighteningly returned…three more times in quick succession, in fact. This time the chest was tightening too. Three uses of GTN in a row and it’s time to call 999. Luckily we were in the car after two and by the third, Andre was wheeling me through the doors to A&E. 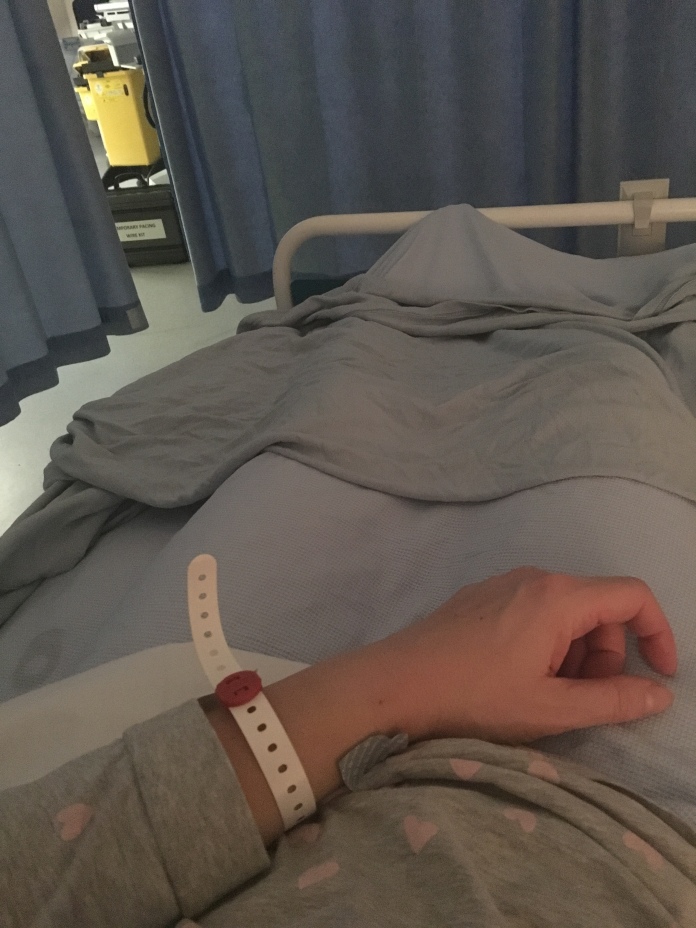 So, now I’m back on the coronary care unit where the staff must truly think I’d much rather be than at home. It’s actually a bit embarrassing. I’ve been in six of the eight bays now…nearly a full house! Oh, and my old friend the commode is back.

My children delighted in telling me they thoroughly enjoyed the “extra dark chocolate cheesecake with yummy, gooey caramel on the top” and “blueberry mousse with sticky apple in the middle and pastry” when I called them earlier.

I’m finally settling down with a couple of slightly bendy pieces of toast and a rather average brew. But I’m safe, I’m being monitored and the blood tests revealed there were no signs of another heart attack, so let’s wait and see what delights tomorrow brings.