According to the cardiologist, the current “best prognosis” for my heart attack is that it was triggered by the sarcoidosis on my lungs which it’s believed caused inflammation of my heart and led to the ventricle tear.

My heart is now working at 68% as opposed to 49% a week ago (55% and above is considered normal). I now await outpatient appointments for an MRI scan in Taunton on my heart and a lung check with the respiratory specialist in Yeovil. I have also got my first cardiac rehabilitation class on Monday which aims to get me fighting fit with various exercises. I’m told I’ll be back running in six months…though I’m not sure half marathons are still on the cards. Time and mind (fear) will tell.

Right now though, I’m trying to get used to life on the outside. Being in hospital under 24-hour surveillance is not only life-saving but also hugely comforting. I know I can cope on my own but I do miss human touch on tap from those in the know.

My nurses…namely Cheryl, Cath, Julie, Sharon, Adrian, Alice and Joyce…saw me at my absolute lowest. They were dreadfully dark moments. There were times when I didn’t know if I’d even walk out of that hospital alive. But those selfless nurses always had time for me emotionally as well as medically; offering bear hugs when I helplessly held out my arms…the tears pouring down my cheeks. Did they ever complain? Absolutely not.

There is no dignity in being in hospital…particularly peeing on a commode that occasionally leaks…but I was always treated with the utmost respect. Even when having chest pains the nurses and doctors never failed to ask if it was ok for them to lift up my nightie and attach the ECG machine, to check my heart rhythm. “Oh God, don’t worry about that they’re like fried eggs anyway, just get the bloody thing on me,” I’d say. 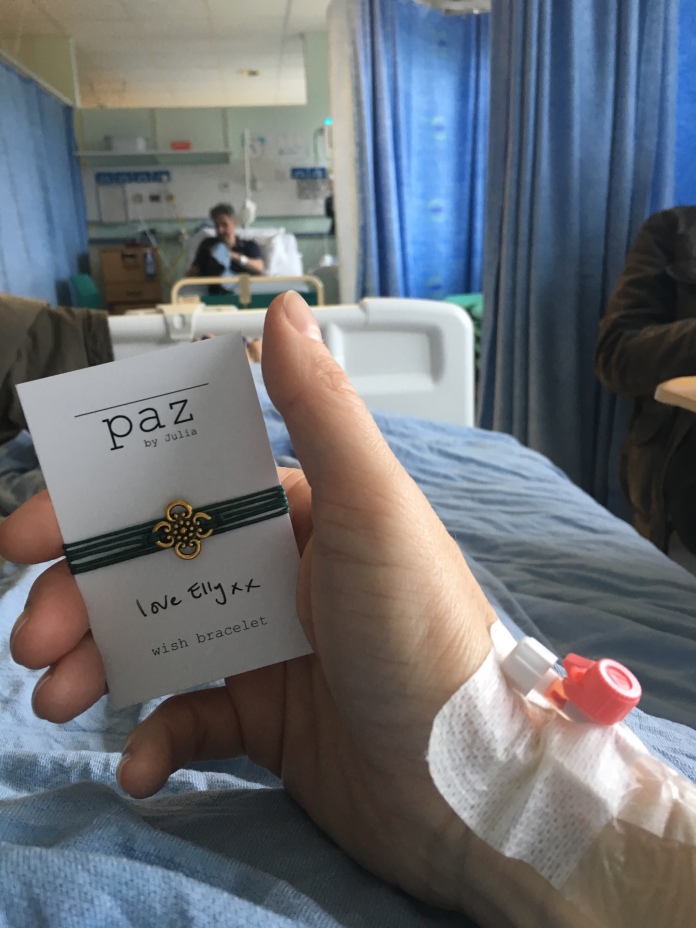 I had the greatest care from the moment I became poorly. In fact, I probably owe my life to the paramedics who spotted the tiniest of anomalies on my initial ECG test. All other observations were completely normal but they took no chances. The NHS may well be underfunded and I did hear a lot of complaints from patients in hospital…mainly about the food and the lack of “luxury loos”…but we are so blessed to have it.

Now I’m finally out my family and friends have picked up the baton with gusto. From dozens of flowers to handmade cards, literally hundreds of messages to homemade lasagne (thanks Mands) and freshly laid eggs (thanks Angela…send my regards to your chickens). As well as the realisation that it wasn’t just me who thought I really might have pegged it, I have discovered what incredible people I have in my life. Chuffed is an understatement.

One thought on “Humbled beyond words”