Well, what a brilliant day!

First of all I revisited some of my nurses and took them a home baked Victoria sponge…they love a bit a cake.

I was also told my lovely work colleagues, and a woman at my husband’s office, had had a whip round adding more than £120 to my non-runner half marathon charity fundraiser.

I also…and probably most excitingly of all…had my first cardiac rehabilitation class at hospital but thankfully as an outpatient this visit. I had no clue what to expect and was initially surprised to find I wasn’t the youngest member of Yeovil Heartbeat. I’ve actually got 10 years on one of my classmates…I know!

The session started with a one-hour introduction with a physiotherapist, gym teacher and cardiac nurse, Victoria, who I first met two days after my attack.

Heart monitors were strapped to my and another newby’s chest and we were first made to carry out an assessment which involved us stepping up and down on a gym step to the beat of a glockenspiel, which gradually got faster over the course of 15 minutes. And I’m sure it was a recording of someone actually tinging the keys of a glock rather than a sound effect as whoever was responsible occasionally missed a note, which gave us a smile.

After an hour we were joined in the gym by about 20 other patients of various ages…I was definitely on the younger end of the scale. I’d put the oldest in his 80s…either that or he’s had a hard life.

We started with a 15-minute warm up of stretching and marching, followed by 30 minutes of circuits on rowing machines, bikes, treadmills, cross trainers and weights, with a 15-minute cool down to end.

My heart rate got up to 134 beats per minute and I even worked up a bit of a sweat. The endorphins felt incredible. I was so bloody happy. At first I was worried I was pushing my heart too much but was quickly reassured I wasn’t overdoing it and simply working at a steady level for me.

All I’ve heard from family and friends is the importance of rest but being allowed to actually get my body pumping in a safe environment was a huge relief. It’s the best I’ve felt mentally for two weeks. I’m beginning to think I will get “back to normal” and more importantly run and play netball again. 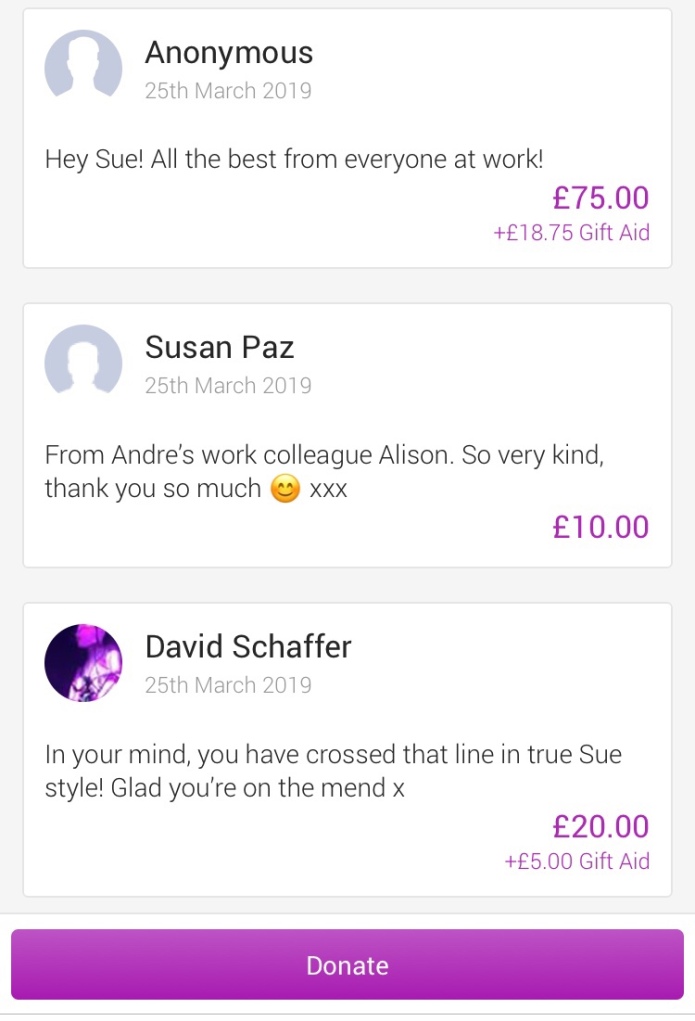 The group is also a perfect way to share experiences and realise I’m not alone in this alien world of recovery. We also get a cup of tea and a biscuit at the end which obviously helps.

Me and the 50-year-old newby hi-fived each other at the end of the session. I think I’ve made a new friend. I had a quiet tear. I can’t wait for my next class on Thursday.

One thought on “Confidence restored”